The War of the Blobs 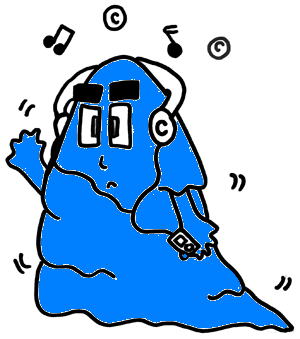 Could this be the case of the Congealed Wobbling Blob of Copyright versus the Andrew the blue blob? Steve Baker, winner of Tropfest (an Australian short film festival), is under scrutiny because of the similarity between his winning entry ("An Imaginary Life") and an American TV series ("Foster's Home for Imaginary Friends").

The characters in both are blue blobs (one called 'Bloo' and the other 'Andrew') and they are both abandoned imaginary friends living among other imaginary friends. The copyright owner of "Foster's Home for Imaginary Friends" is apparently "looking into the matter". Baker claims that he has not seen this American TV series before.

More information is available at Now the Blob is Back and Tropfest and TV Lawyers Scrutinise Tropfest Winner. I haven't seen the American cartoon in question but an article in today's Sydney Morning Herald raises a fine point:

"As the saying goes, good artists steal, bad artists plagiarise. Very few works are original. A writer is influenced by previous writers and in some instances improves on the seminal work." (Lawyers Stir the Murky Depths of Plagiarism)

(Pictured: "Blue Congealed Wobbling Blob of Copyright", Abi Paramaguru, Picture is available under either a AEShareNet

Jordan said:
Great post! Especially like the blue version of the copyright blob. The Sydney Morning Herald article doesn't make clear the difference between plagiarism and copyright infringement -- one is an academic and social sanction and the other is a legal cause of action.

What also caught my eye was the parallel to the My Sweet Lord case (Bright Tunes Music v. Harrisongs Music) when she admits to unintentional copying:
"Recently, as I was correcting the proofs of The Boyce Trilogy, I was shocked to realise I had unthinkingly appropriated a passage from Edmund White's recent memoir. This sort of thing is common." Perhaps if a suit comes out of this controversy, the issue will turn around access to the US version much like in the My Sweet Lord case?

> The War of the Blobs (permalink)