What does this data mean?

In June last year, I presented a paper at the Unlocking IP conference, part of which involved collecting data on Australian usage of Creative Commons licences. For example, here's the data I collected in June 2006, organised by licence attribute: 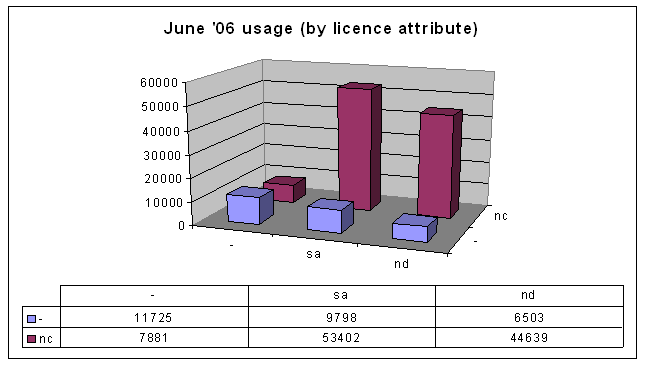 It shows that most people are using the Non-Commercial licences and restricting derivative works.

That was all well and good, but then this year I revised my paper for publication in SCRIPT-ed. I wasn't going to gather the data all over again, but then I remembered that Australia now has version 2.5 Creative Commons licences, and I guessed (correctly) that the numbers would be big enough to warrant being included in the paper. Here's the data from March 2007: 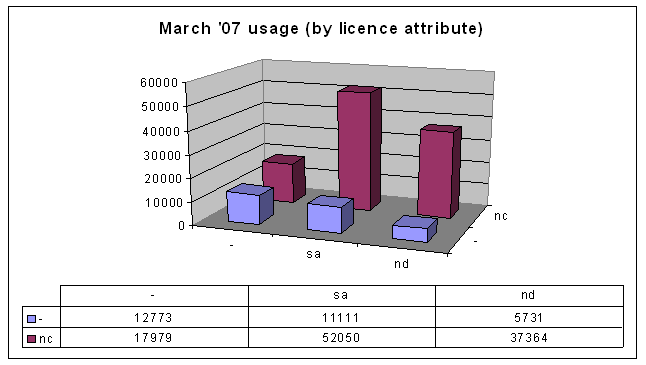 I admit that it looks about the same, but it gets interesting when you subtract the old data from the new data, to find the difference between now and mid-2006: 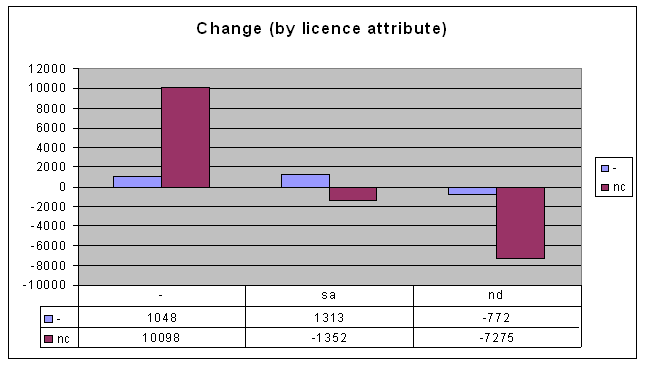 So here's my first conclusion, from looking at this graph:

Another way of looking at the data is by jurisdiction and version, instead of by the licences' attributes. Here's the data from June 2006, organised this way: 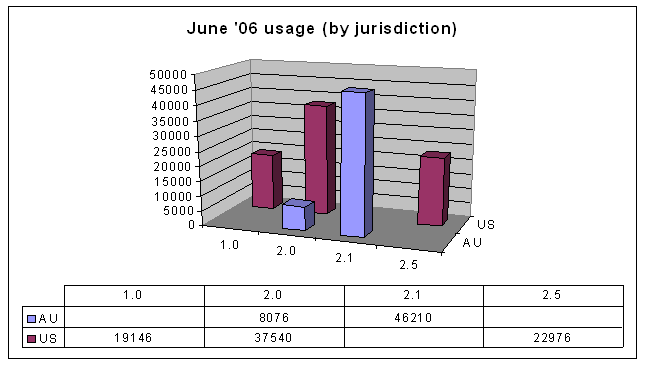 First, note that there was no data (at the time) for Australian version 1.0 and 2.5, and US version 2.1 licences. This is simply because not all jurisdictions have all licence versions.

Some people might be wondering at this stage why there are Australian web sites using US licences. I believe the reason is that Creative Commons makes it very easy to use US (now generic) licences. See http://creativecommons.org/license/, where the unported licence is the default option.

The previous graph, also, is not particularly interesting in itself, but compare that to the current data: 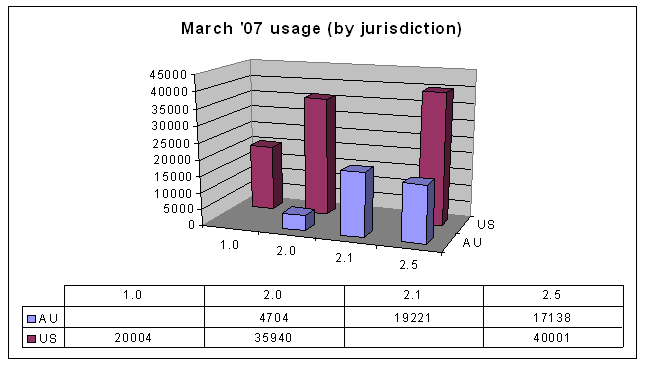 The move away from Australia version 2.1

You can see straight away that there's lots of change in the 2.1 and 2.5 version licences. But take a look at the change over the last 9 months: 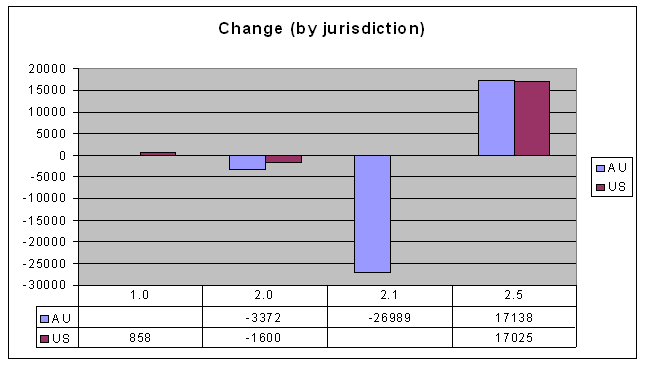 For the record, here's how I collected the data. I did the following Yahoo searches (and 36 others). For each search, Yahoo tells you "about" how many pages are found.

You can see a graph of the change in usage for every licence for every version and both jurisdictions here.

> What does this data mean? (permalink)